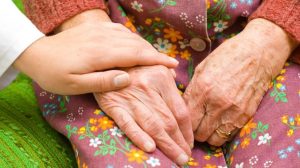 According to News Qld, hundreds of new inspectors will spring surprise visits on aged care homes across the country in a bid to catch out substandard facilities.

In-depth audits, where inspectors show up unannounced, will increase more than four times in Queensland in the next year, News Queensland can reveal.

The accreditation audits check all requirements for aged care centres ranging from food standards and cleanliness to staffing and management and will be conducted without notice.

Just 33 of these audits are due to take place in Queensland in 2018 but they will soar to at least 147 next year after another 30 inspectors are hired as part of a national crackdown on substandard aged care operators.

The accreditation audits have only been conducted without warning since July this year as part of the response to revelations of shocking treatment of elderly residents in the Oakden centre in Adelaide.

At the same time, surprise inspections that target particular problems will rise to 3000 next year, meaning every aged care centre in Australia could be visited and some could be investigated multiple times to act on tip-offs or complaints.

The added policing will coincide with the royal commission into aged care that has been given a wide-ranging remit to uncover mistreatment and rip-offs at residential centres.

In a bid to streamline the oversight of the sector, the Government will today appoint health sector leader Janet Anderson to be Australia’s first Aged Care Quality and Safety Commissioner.

The Commission, which has been promised a $300 million budget, will take over three separate aged care watchdogs and manage accreditation, compliance raids and complaints resolution.

Aged Care Minister Ken Wyatt said the move would “help usher in a new era in certainty, accountability and confidence in aged care in Australia”.

“While the Royal Commission into the aged care sector undertakes its critical review, the formation of the Quality and Safety Commission highlights our Government’s absolute commitment to continuing reform,” he said.