According to a Courier Mail headline back in November 2014 –

you would think we had done something wrong but there was a lot left out of the story that could have shown how far we went to help the family and completely honoured our agreement? That is the sensationalistic nature of journalism but here is a simple outline of the events from Alex Gow Chairman Alistair Gow that shed some light on the REAL situation. 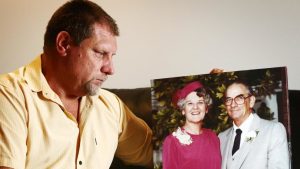 Gavin Turner mourns the loss of his mum, Beryl