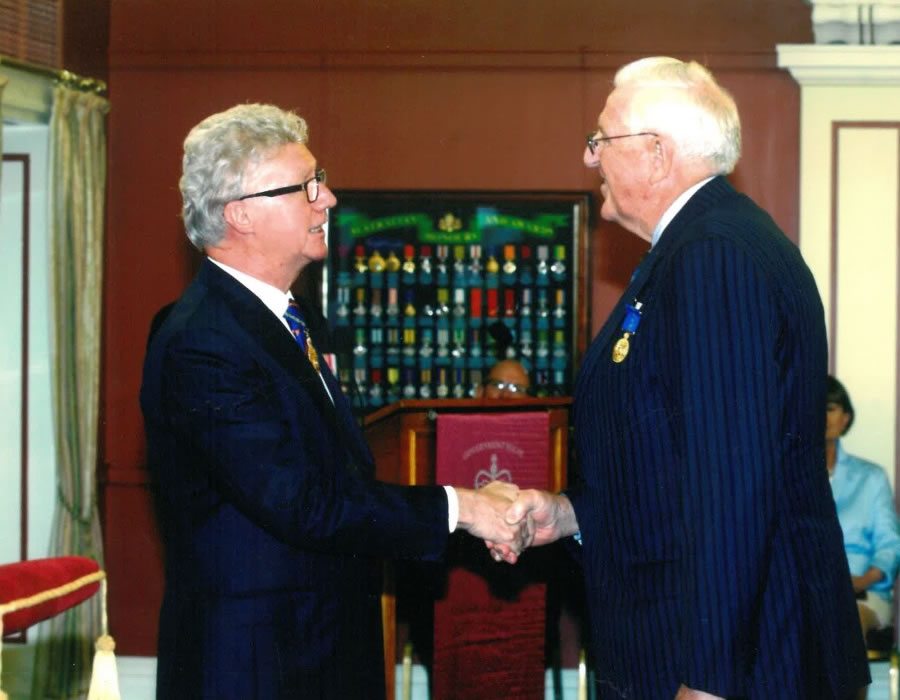 We are pleased to announce that on Australia Day 2016, our Chairman of Directors Alistair Gow was awarded a Medal of the Order of Australia by His Excellency Governor General the Honourable Sir Peter Cosgrove AK MC (Retd.), for his service to the funeral industry and the communities of Ashgrove / The Gap.

Alistair became a director of our company in 1977.

He served on the board of directors of the Queensland Funeral Directors Association (QFDA) for 18 years including 2 years as President.

He was granted Life Membership of that association in 2004.

In 1995 Alistair was instrumental in establishing The Association of Australian-owned Funeral Directors (AAFD) and was President for the first 2 years.

The association membership was drawn from all mainland states and was successful in repelling the presence of two very large American death care providers that were rapidly acquiring large numbers of Australian funeral companies.

Alistair’s award citation includes his service to his community.

He was a member of his local Lions Club for almost 33 years and held a number of positions on the board of directors including President.

At district level he was appointed Zone Chairman, Deputy District Governor and Chairman for The Blind and Hearing Dogs on 2 occasions.

In 1998 his District Governor awarded him the James D. Richardson Honour Award in recognition of outstanding dedication and service to his community.

Alistair is a foundation member of his Probus Club and has served on the committee for 4 years including one as President.

His commitment to the community, developed during his Lions Club years was reflected in 2009 when our family business reached its 100th year of serving the people of South East Queensland.

Alistair’s idea was to celebrate by giving something back to the community that supported his family for so long.

We were delighted in that celebratory year to be able to donate over $90,000 to local charities that were nominated by each of our client families.