What is a Cremation Service? 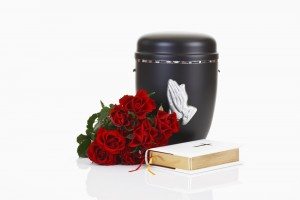 What is a Cremation Funeral?

A cremation funeral usually involves the same type of service as a burial funeral. The difference lies in the “committal” – the part of the funeral where the coffin is committed to be buried or cremated. While the service still happens in public view at a cremation funeral, it can be unclear what happens to the coffin or casket after the service and committal are complete. Let’s take a look at the order of events in the cremation process to understand where the coffin or casket ends up.

The Service at a Cremation Funeral

The funeral service when held at a crematorium funeral can be planned in the same way as a burial service. It can be religious or civil, and can take place at a church or other place of worship of the family’s choice (e.g. at a Sikh, Hindu or Buddhist temple), or at the chapel located at the crematorium or a funeral directors chapel.

The Committal at a Cremation Funeral

At a burial funeral, it’s common for guests (or only the family of the deceased, if requested by the family) to attend the graveside shortly after the service for the committal. The difference with a cremation funeral is that the committal can take place either in the church where the service was held, or at the chapel at one of the funeral director’s recommended crematoriums in Brisbane and surrounds.

What Happens to the Coffin After the Committal?

Soon after the funeral service and committal, the coffin is transported to the crematorium where the identity and any related documents are privately checked over by the funeral director and/or crematorium director to make sure everything is in order. (Please note that crematoriums in Brisbane are rigorous in their identification and correct labeling throughout the process – it is exceptionally unlikely for a misidentification to occur.)

Once the cremation is complete, the remains are transferred to a cooling tray along with the coffin nameplate, and moved to a designated cooling area. Once cool, the tray moves on to a preparation room where any metals are removed and a second machine reduces the remains to ash. They are then placed into a container or urn, which is labelled and the coffin nameplate is attached to the outside.

Cremation equipment is designed to process one coffin at a time, so there is no chance of a mix-up of the ashes.For more information about coffins and caskets or to learn more about cremation services at crematoriums in Brisbane, call Alex Gow Funerals on (07) 3073 4817. We have been helping the families of Greater Brisbane with professional funeral services since 1840.