You would think we had done something wrong but there was a lot left out of the story that could have shown the truth and just how far we went to help the family and completely honour our agreement? That is sensationalistic journalism at its best as the $50 prepaid funeral plan had nothing to do with the court judgement at all. Here is a simple outline of the events from Alex Gow Chairman Alistair Gow that shed some light on the REAL situation. 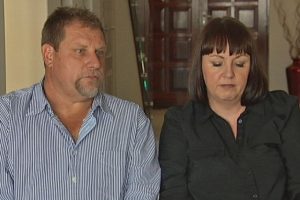 Gavin and Fiona Turner were happy with the outcome of the case.