Click here to read a statement from our Chairman of Directors

What is the Funeral Benefit Scheme?

At its high point, the Funeral Benefit Scheme had 27,000 participants, however there are now only approximately 1,100 remaining.

Participants to the scheme (known as ‘contributors’) made very small contributions to the Scheme as low as 3 Pence (2 cents) per week over a long period of time (generally 25 to 30 years).

The Funeral Benefit Scheme is heavily regulated by the State Government, and the amount of the increase is calculated and declared by the Office of Fair Trading.

What is the capped benefit available under the Scheme?

The capped benefit is calculated as the amount equal to the original £25 payment amount, plus any interest accrued over the life of the Scheme.

As of January 2015, the capped benefit has been calculated and declared by the Office of Fair Trading Queensland as being $420.

Who determines how much claimants receive?

Each year the Queensland Government’s Office of Fair Trading calculates and declares the capped benefit.

The setting of the capped benefit is outside of the control of Alex Gow Funerals.

What was so attractive about the Funeral Benefit Scheme?

The Funeral Benefit Scheme was designed so that, in the event of their death, a contributor was entitled to payment of the capped benefit, regardless of how long they had been a contributor, and how much of a contribution they had made, to the Scheme.

In the event of a claim under the Scheme, so long as they had paid their first 3 months of contributions – a total of 3 Shillings and 3 Pence (32 cents) – contributors were entitled to the full benefit of £25 ($50) plus the interest accrued over the life of the Scheme.

It was this immediate access to the capped benefit in the event of death, with a very low requirement for previous contributions having been made, that was appealing about the Funeral Benefit Scheme.

The Scheme gave contributors the certainty of knowing they would receive the capped benefit when a claim was made, and only required very small contributions to be made over the life of their contributions.

Was Alex Gow the only Funeral Director which offered such a scheme?

Prior to it commencing in its current form, the Funeral Benefit Scheme was unregulated and many Queensland Funeral Directors offered the scheme.

When the Funeral Benefit Scheme commenced being heavily regulated by the Queensland State Government in 1940, only Alex Gow and one other Funeral Director continued to offer the scheme.

Who determines how Scheme funds are invested?

All aspects of the Scheme are completely administered by the Office of Fair Trading Queensland.  As such, the Queensland Government bears full responsibility for investing the money and distributing funds on receipt of a claim.

Why hasn’t the capped benefit kept pace with the cost of a funeral today?

Unlike a ‘pre-paid funeral plan’, the Funeral Benefit Scheme wasn’t designed to keep up with the increased cost of a funeral.  It was simply designed to pay out the capped benefit, which could then be used to contribute towards the full costs of a funeral.

With very small contributions of 3 Pence (2 cents) per week being paid over lengthy periods of 25 to 30 years, the interest accrued was never intended to cover the actual cost of a funeral as it increased over time.

Additionally, over the years of the Scheme’s existence, the Queensland Government has adopted a conservative investment approach which has ensured the Scheme funds in trust were safe.  This in turn meant that the returns on the investments have always remained modest.

Why was a “without further payment” certificate issued?

From its commencement, the Funeral Benefit Scheme has been heavily regulated by State Government legislation and regulations.  By law, Alex Gow Funerals was required to do certain things as a Funeral Director offering the Scheme.

One of the things the legislation required Alex Gow to do was to provide a specific certificate in writing to all contributors at the completion of their contribution period.  The exact wording of the certificate was provided in the regulations, and the wording stated that the contributor would be:

…entitled to a funeral service being performed by me/us without further payment as provided for in Agreement with the said contributor numbered.

How is Alex Gow helping people who have taken out a Funeral Benefit contract?

Given the confusion around the wording on the certificate, and as a gesture of goodwill, Alex Gow Funerals offers its contributors an additional discount on its funerals equal to the amount of the capped benefit.

How do I locate a Funeral Benefit Scheme contract if I think someone in my family has one?

When a Funeral Benefit Contract was finalised and signed, a copy of the contract was provided to the contributor and a copy was held by Alex Gow Funerals.

Unfortunately there is no central database that records such contracts, and so the searching and retrieval of the document at Alex Gow Funerals may take some time.

Can I get my money out of the Funeral Benefit Scheme before I die?

Yes. If you wish, you can apply to get a ‘surrender value’ paid to you.  The amount of the surrender value is calculated by the Office of Fair Trading and based on the age of the contributor.

The Queensland State Government requires that you write to Alex Gow Funerals requesting a surrender value from the fund.

Alex Gow Funerals will then forward your request to the Office of Fair Trading and it will pay out a surrender value directly to you.

What happens if death occurs outside the agreed area of the contract?

If death occurs outside the agreed area (generally Greater Brisbane) you need to write to Alex Gow Funerals enclosing a copy of the funeral account and requesting a claim for the benefit.

What if I no longer wish Alex Gow to conduct my funeral?

Alex Gow Funerals will then forward your request to the Office of Fair Trading and it will pay out a surrender value directly to you. 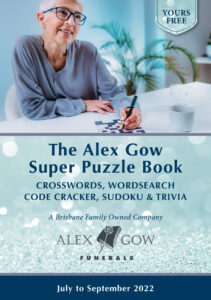 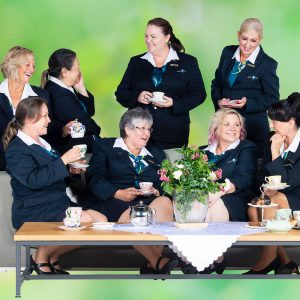 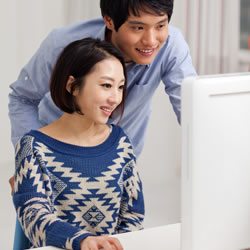 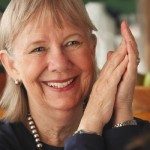